Beamer Goes Electric — the BMW i3 and i3REx 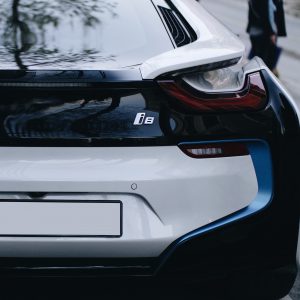 This year, BMW have updated their BMW i range. We look at the manufacturer’s ecological range and discuss the differences between the BMW i3 and the i3 REx.

Like the BMW i3 REx, the i8 is a plug-in hybrid vehicle.

REx stands for “range extender”. With it, drivers can get an extra 100k per charge. This is due to its 650cc back-up engine. Having a back-up petrol engine, originally designed as a back-up generator for the lithium ion battery, means that the i3 REx does produce carbon emissions. The i3 94Ah, free from petrol consumption, omits 0 carbon emissions.

BMW boast that 90% of the i3 model is recyclable.

The seat trims are made from recycled polyester.

What’s more, the factory in Germany is powered by 4 giant wind turbines, ensuring that even the production of the cars is in line with the latest environmental standards.

This year, BMW updated their electric engines from 60Ah to 90Ah.

“Ah” is not just the sound Mother Nature makes when she sees you driving an environmentally-friendly car. It actually means something. “Ampere hours”, in fact. An ampere, you may remember from high school, is a unit of electrical current. An ampere hour is the length of time the battery will last having one ampere of current travelling through it at a time.

But an Ampere hour is not the same as a regular hour. The 94Ah doesn’t correspond exactly to battery life. Your BMW i3 battery won’t necessarily last for 94 hours.

So how long will they last?

The i3 94Ah will last for about 200km before needing a recharge.

The BMW i3 REx 94Ah will last longer. This is because of the extra 650cc, 2 cylinder motorbike engine built into the REx. The back-up fuel tank gives you an extra 100km on top of the 200km of the 94Ah.

This engine comes with a 9L fuel tank, so the REx isn’t as ecologically friendly as the i3 94Ah – it has some (though minimal) emissions. The fuel tank adds security, adding an extra 100k back-up should your battery run out. The engine was designed to be used as a generator for the battery, recharging it as you drive.

We don’t recommend relying solely on using this method of recharging. It won’t recharge your battery fully and keeping it at low levels of charge will damage it over time. The best thing to do is to recharge it at home over night, either with the wall plug in or with a special DC fast charge, available as an optional extra.

The BMW i3 range sit higher up than other BMWs, more like an SUV drive than a sedan.

Volks Affair are Melbourne’s BMW dealership alternative. Our German Car service specialists are experts in all things BMW. So book in with us today for a service or repair.