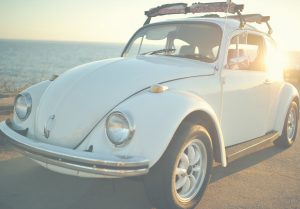 Australia may be the home away from home for Germany’s VW, with a number of Volkswagen events happening around the country.

The next Volkswagen event in Queensland is the Benaraby Bug In, happening over the last week in June (23-25). This year will be the second Benaraby Bug In. The event promises 1/8 mile and ¼ mile drag racing, camping, music, food and VW shows over the three days.

And if you were thinking about travelling up to Queensland for the show, why not stay a little longer and attend the Gold Coast Car Show on August 12-15? The Gold Coast show will have VW Kombi and retro VW displays. With music, rides, bikes, prestige cars, retro caravans, monster trucks, motorbikes and vintage bikes, The Gold Coast Car Show will be fun for any car enthusiast. There is even an international food court so you can enjoy a German sausage while checking out the VWs of yore.

Queensland is becoming a key destination for Australia’s VW lovers – it is no longer just a Surfer’s Paradise! The Sunshine State is holding two more VW events later in the year.

On Jun 18, The NSW VW Club are holding a navigation run, which sounds like a scavenger hunt around the city… in Volkswagens! The adventure ends at the Penrith Museum of Fire and looks like a wonderful day out.

Lucky for us in Melbourne, the largest of the annual Volkswagen events is held at the Yarra Glen Racecourse, about an hour’s drive out of the CBD and just less than that from our operation in South Melbourne. The VWCV has been holding the event for the past 30 years. The club hold a number of events throughout the year, a few per month, including an annual swap meet (on June 30), coffee meets and general meetings.

And finally, the event we’re looking forward to most is the VWCV’s German Auto Show, to be held on Sunday Aug 27. The event will display a series of pre-1990 German vehicles. The grounds can hold up to 200 cars so it will be quite a big event. All proceeds and spectator entry fees will go to Deaf Children Australia, making it not just a fun day out but also a worthwhile one. Open to all German cars, this event will include models from BMW, Mercedes Benz, and Audi as well, so it’s right up our ally!

If you’re thinking about entering your VW in these or any of Australia’s other Volkswagen events, come to us first to get your Volkswagen display-ready.